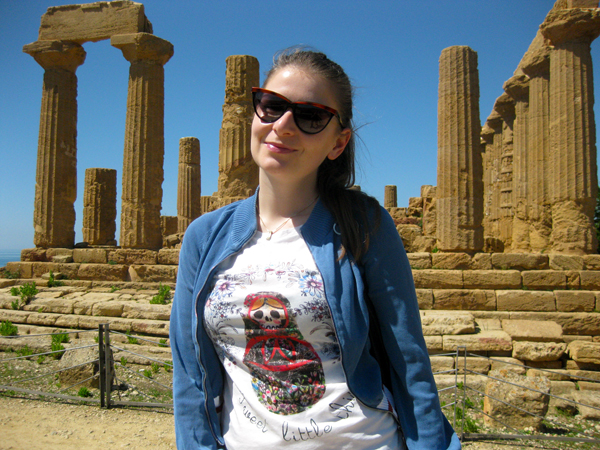 The beginning of Sicilian trip was a less pleasant experience than the eventual stay on the island. I am not going to tell much about it. It only has to do with a very early flight, the night was short. Airport was overcrowded. Checking in was just long and inconvenient. Traveling with a budget airline can be a pain in the ass sometimes. But once in our seats we went to the dreamland to catch some sleep. A few moments later we flew over the breathtaking white Alps. And after another nap, Sicily came in sight. It's hilly landscapes and chaotic Palermo looked very promising. I was so excited to set my foot on this amazing land for the very first time.
Picking up our rental car was easy, getting on the highway slightly less. After driving circles aound typical and picturesque villages and their too narrow streets we managed to find the right way. The exhaustion from traveling however hit back. When we finally arrived in Agrigento, we took a delicious nap in our B&B. From now on everything was better and rosier. We briefly walked through the city, had a good dinner, enjoyed the nightlife on the streets and called it a day.
Next morning began with the sweetest breakfast i've ever had. All dolci were home made and it was much! Not healthy but rich in energy for the whole day and we needed it.
The main attraction of Agrigento must be the Temple Valley. It lies just below the city, easy accessible by car. The best time to come there is ofcource in the morning. In high season the temperatures can be very hot. Even now it was already quite warm. The location of this valley is gorgeous. With Agrigento high in the background and the the sea side below, a few Greek temples protrude in the hilly landscape full of bright spring colors. We had a very enjoyable walk along the temples. I could even stay here for the whole day. Some people take some food for a picnic. Which is very clever, the Valley has a perfect vibe for such outing. It's warm, but there're enough shadowy spots. Beautiful flowers are everywhere you look and so are the ancient temples. I was a bit sorry that we had no picnic organized.
Instead we drove to the beach and had our drinks there. This part of the coast is mainly notably by Scala Dei Turchi. It's a white colored cliff, which really stands out and make a beach walk even more special. Unfortunately the water was too cold to swim, but I did have my shoes off for a while which felt really liberating after a too long and a too cold winter.
After, we briefly explored Agrigento itself. On the weekend evening this town seemed very lively. But on Sunday afternoon it was quiet. Some old men were hanging on the streets. There was not much more to do. The narrow, curvy streets of Agrigento in combination with modern, medieval and baroque architecture make the city extraordinary and charming. Just enough for a two day stay, like we did. 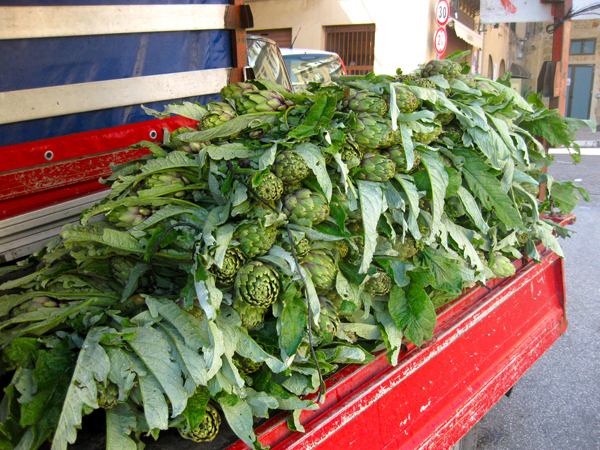 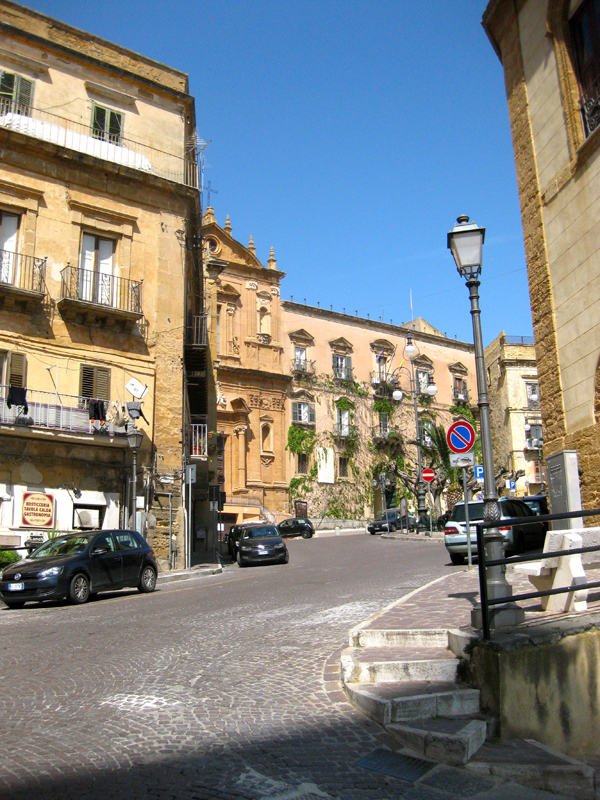 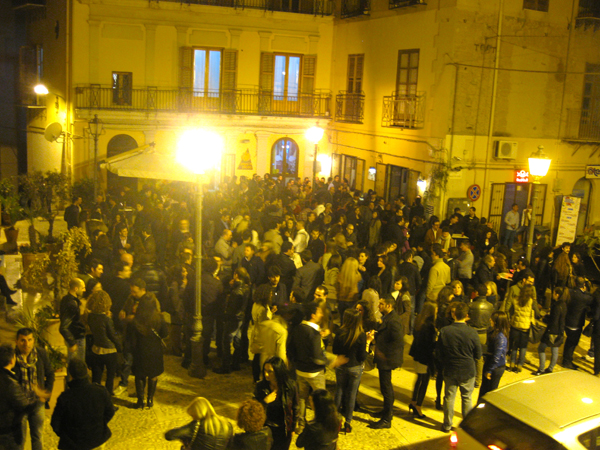 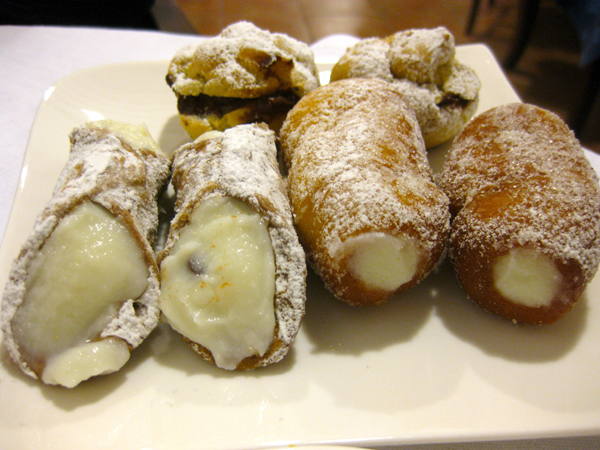 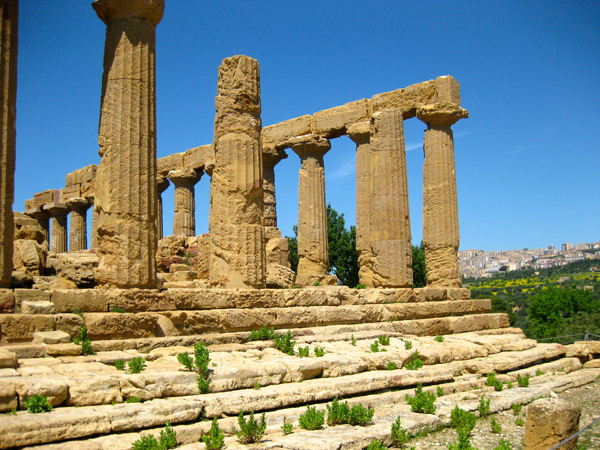 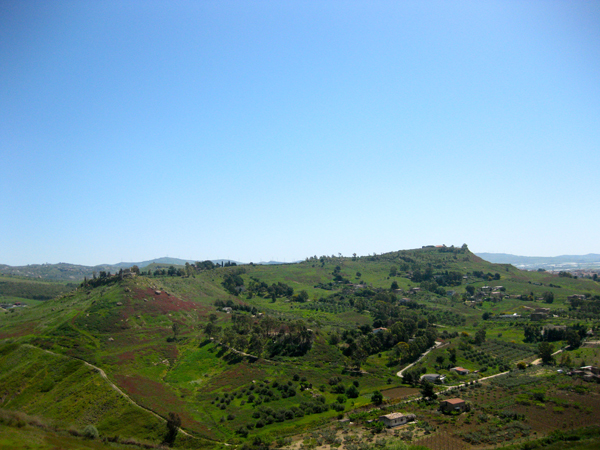 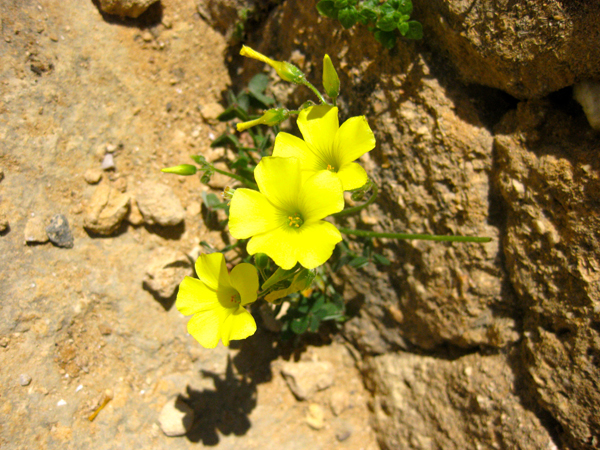 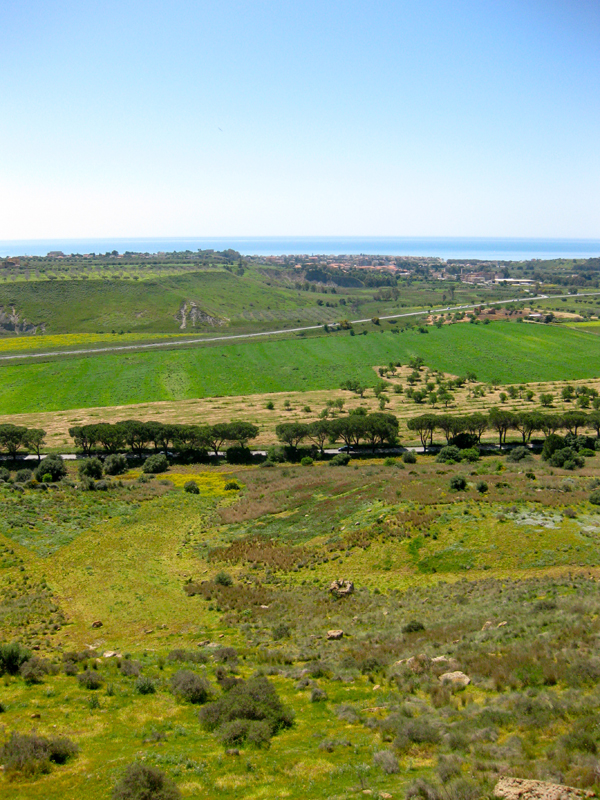 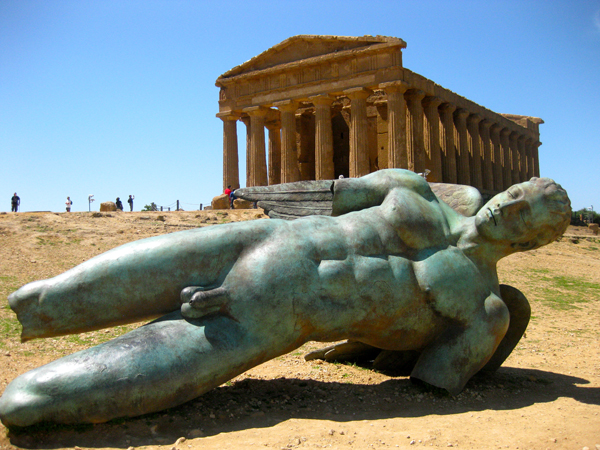 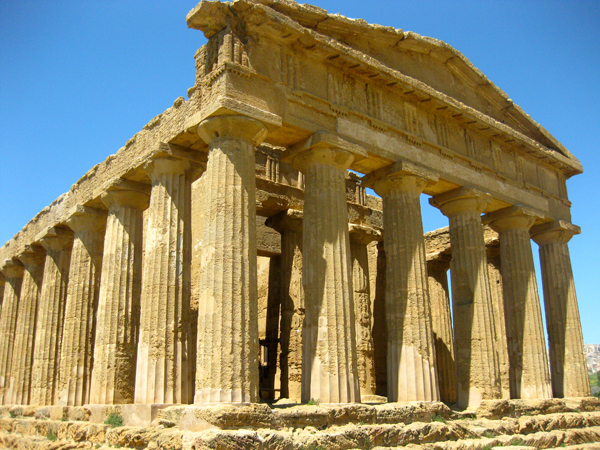 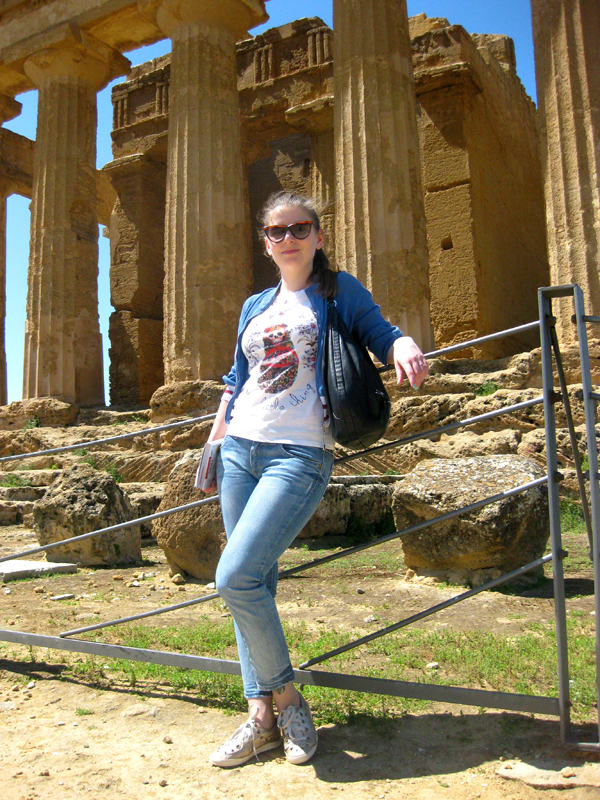 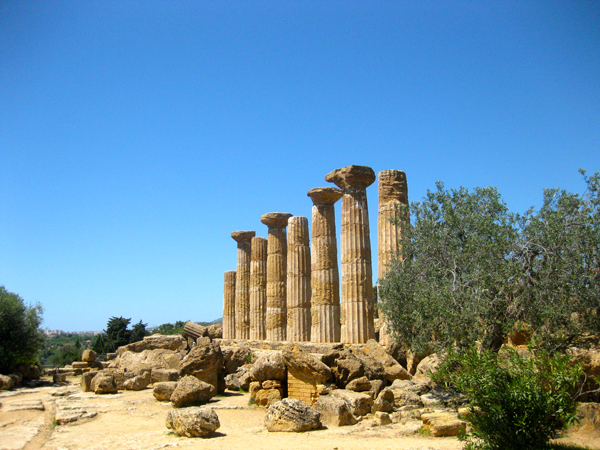 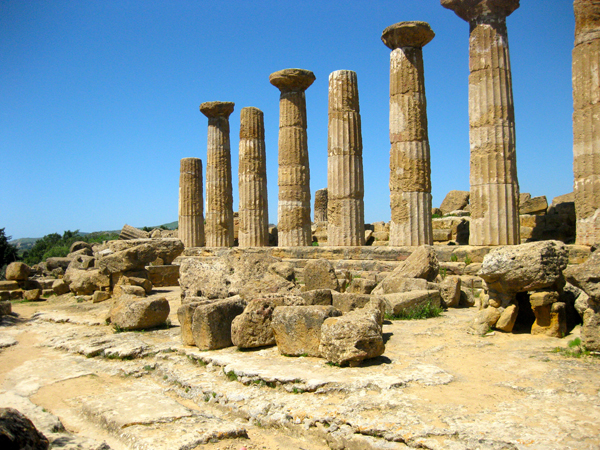 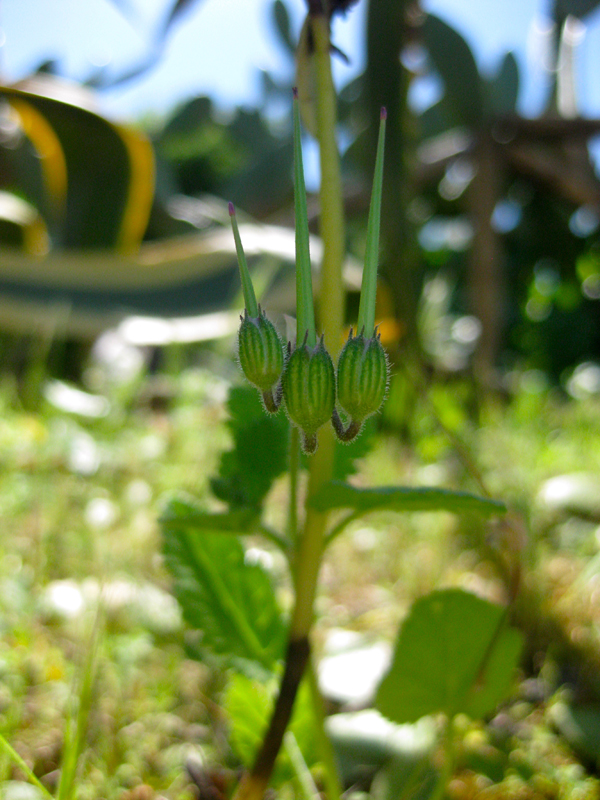 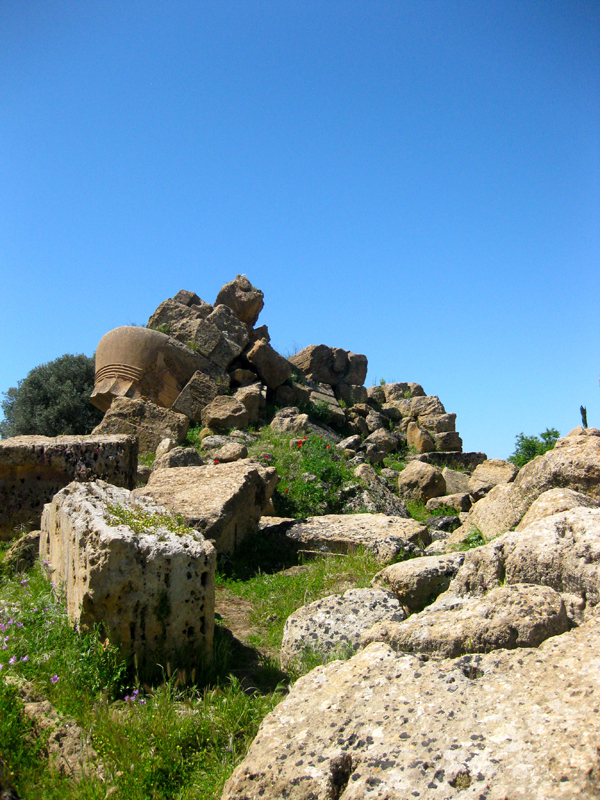 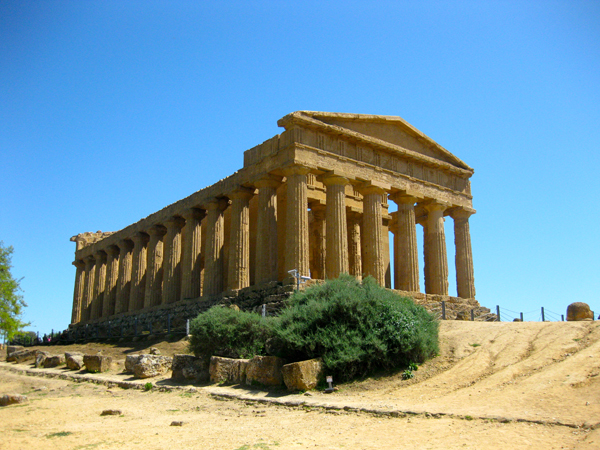 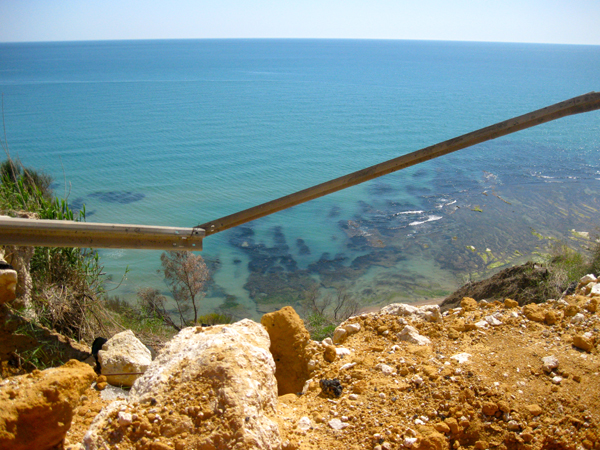 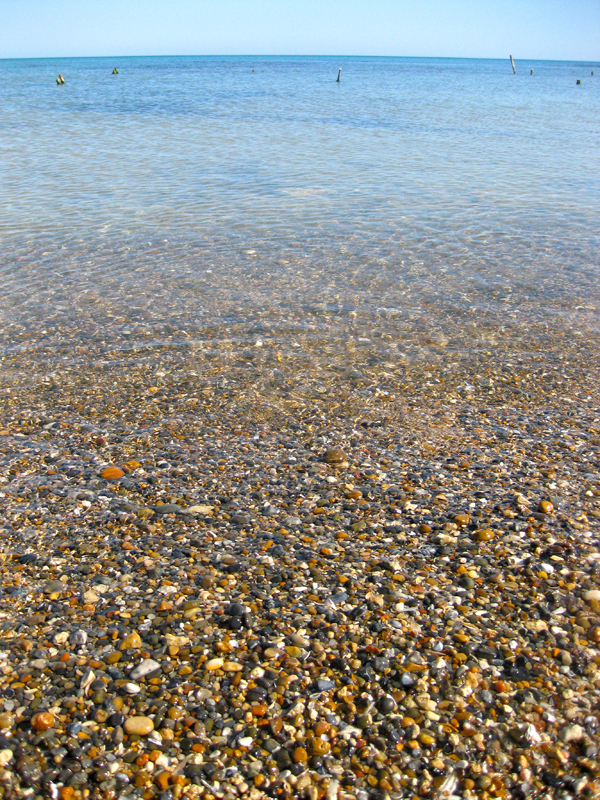 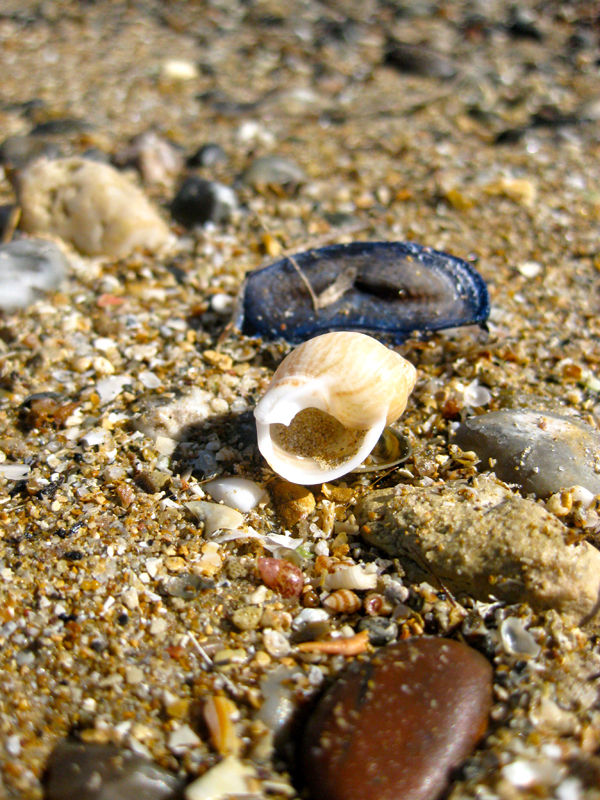 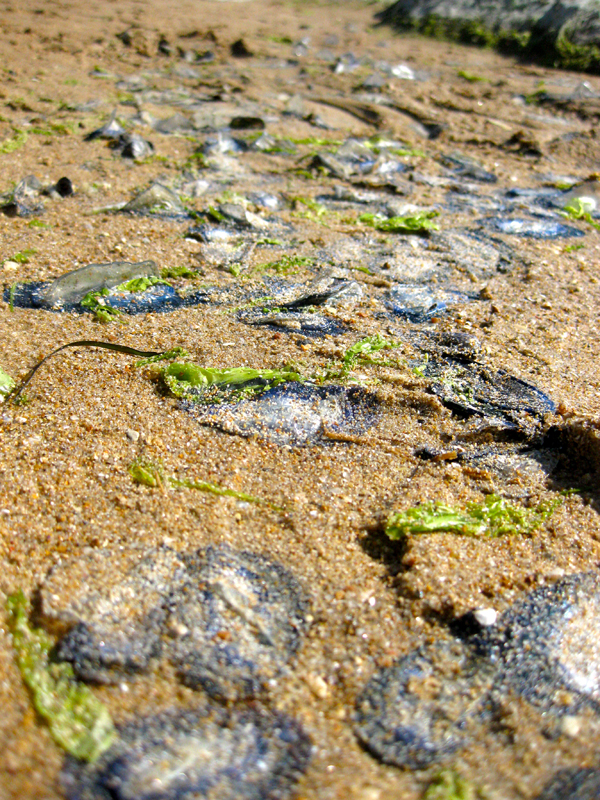 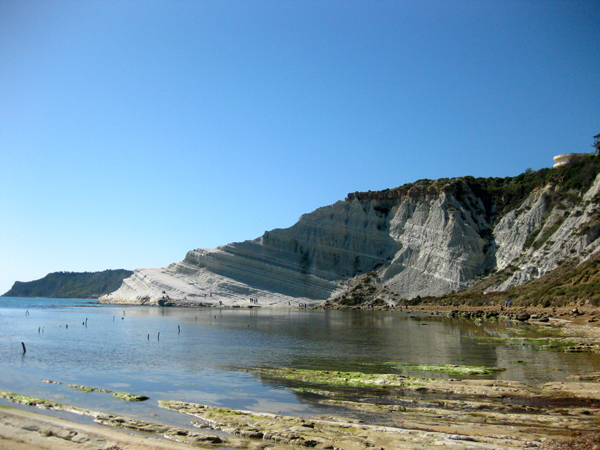 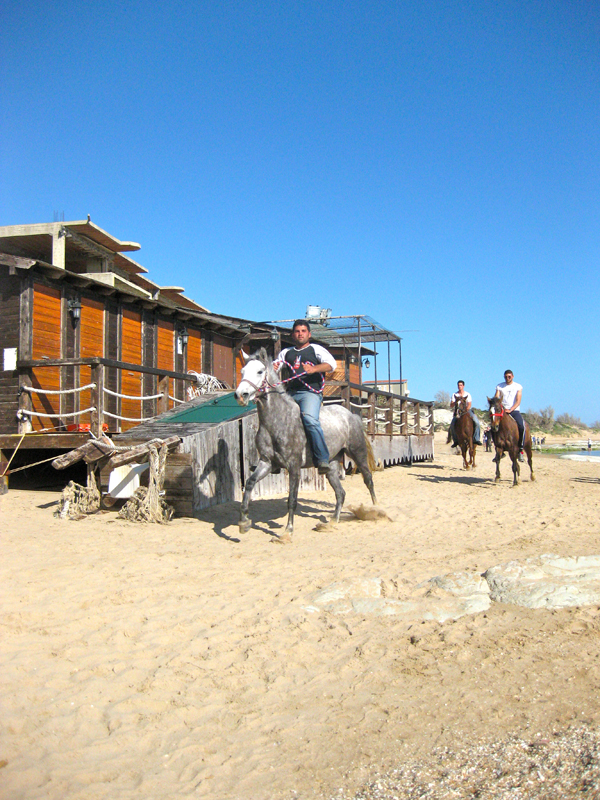 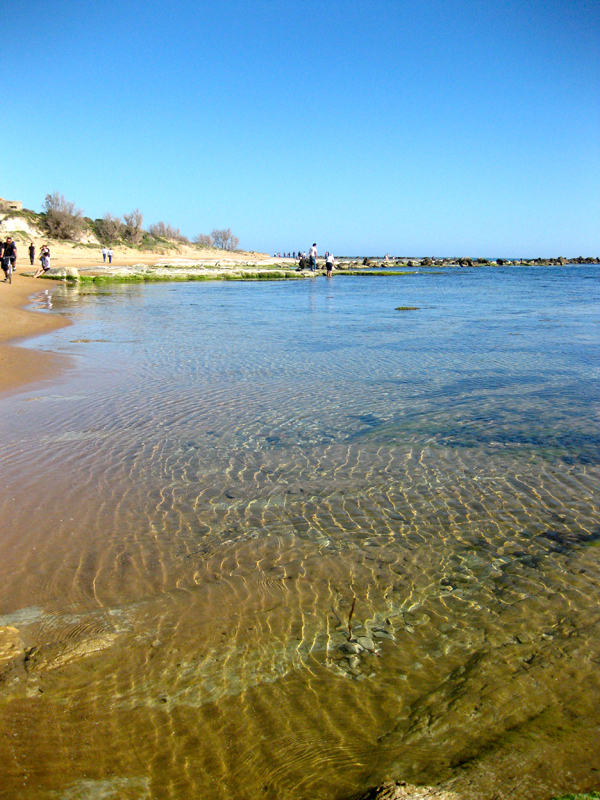