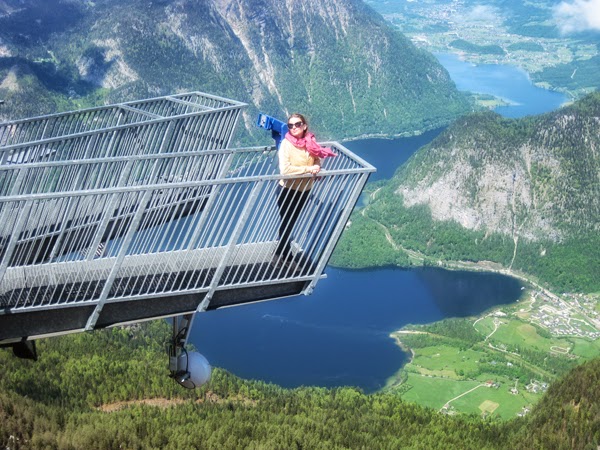 Despite of the large number of sights Austria counts, it's not that easy to set a clear goal for a weekend getaway. Beautiful scenery, clear lakes, high mountains and baroque monasteries are just everywere. To begin with the trip, I chose the Styrian village Admont because of it's impressive Benedictine Abbey. The attraction of this abbey is obviously the library. When I first saw it's pictures on the internet, I coudn't believe its beauty and I definitely had to head there one day.

Anyhow, I did my best to keep my expectations low, because I expected the library to look bigger on the pictures than it actually is. I also had no info about the abbey, which made the visit a spontaneous and very surprising one. Besides the library, the abbey offers a natural museum, an art museum and areas for history about the holy Benedict and the Benediction Monastery on film.

We arrived quite late in the afternoon and thought to have enough time. We immediately started with the library. It was a very serene atmosphere, as we were the only visitors. When the doors of the library were opened, the richly decorated interior blew my mind. The room is very spacious and well lit by natural light. The ceiling frescoes are painted in pleasing soft tones and show allegories of the arts, sciences and religion. The bookcases are divided into two floors. It's unclear how to get to the first floor. After having asked the employee, she showed us one of the four secret staircases, hidden in the bookcase. I could have stayed here longer, but I was too curious about the rest of abbey. We watched on of the movies about Benedicts live. This presentation is very modern and well designed. Visitors can start the movie by pressing the button in the center of the room. Some matching images are being projected to enhance the story. On the same floor there's a small museum with religious art and church treasury. The most impressive I found the clothes decorated with stunning embroidery and gemstones.
The biggest surprise was the natural history museum. I didn't think stuffed animals exhibition would impress me that much. The huge insect collection, reptiles dry and in alcohol, birds and animals were mesmerizing. And before I knew, visitors were asked to leave the museum. 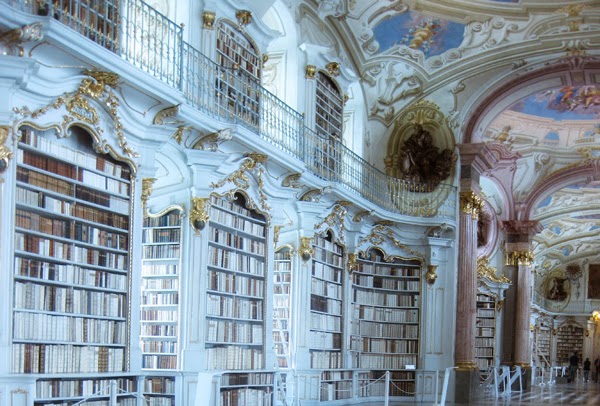 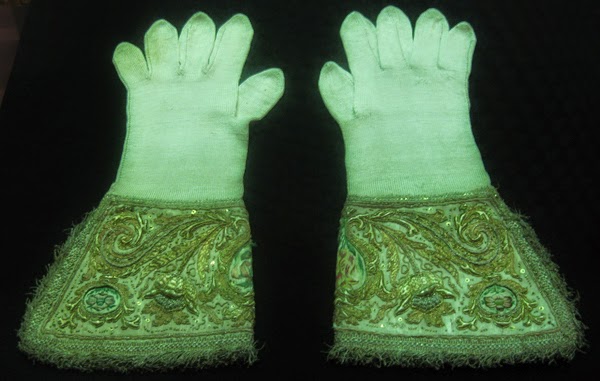 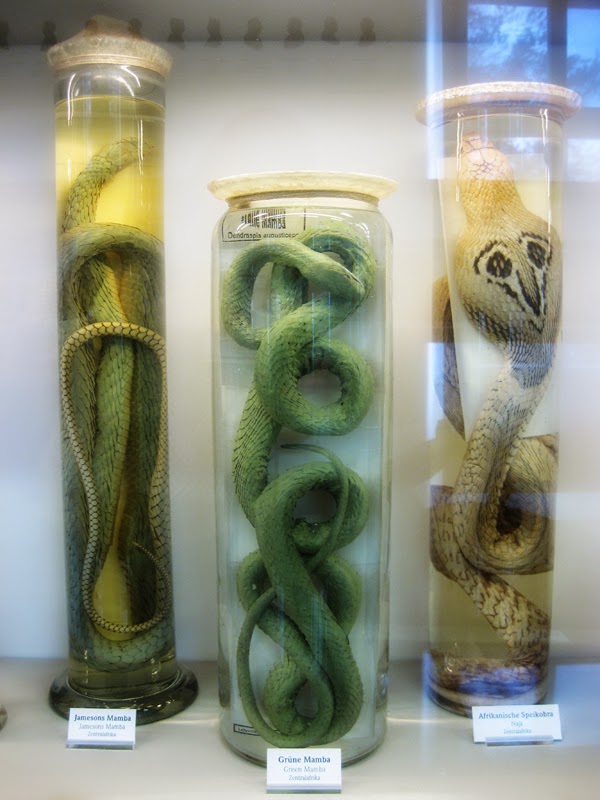 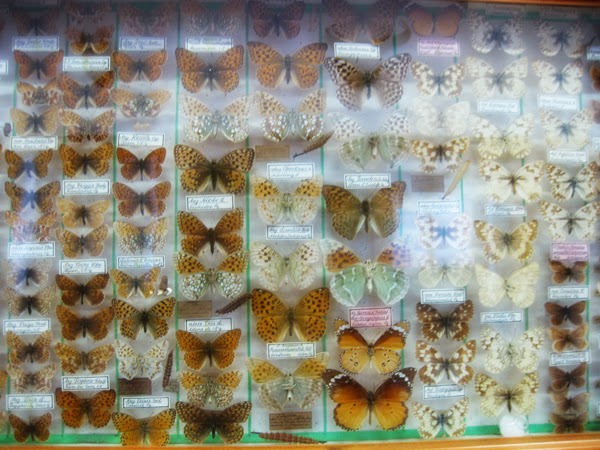 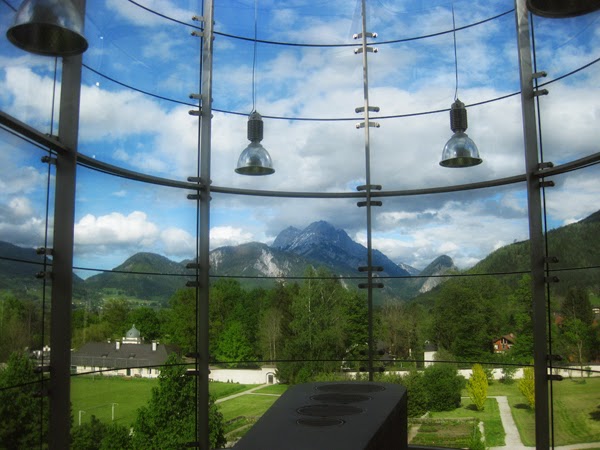 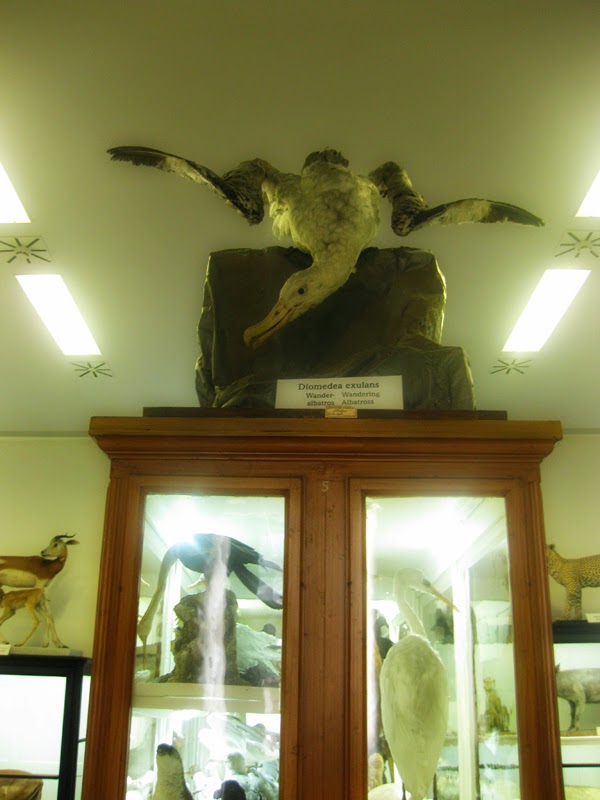 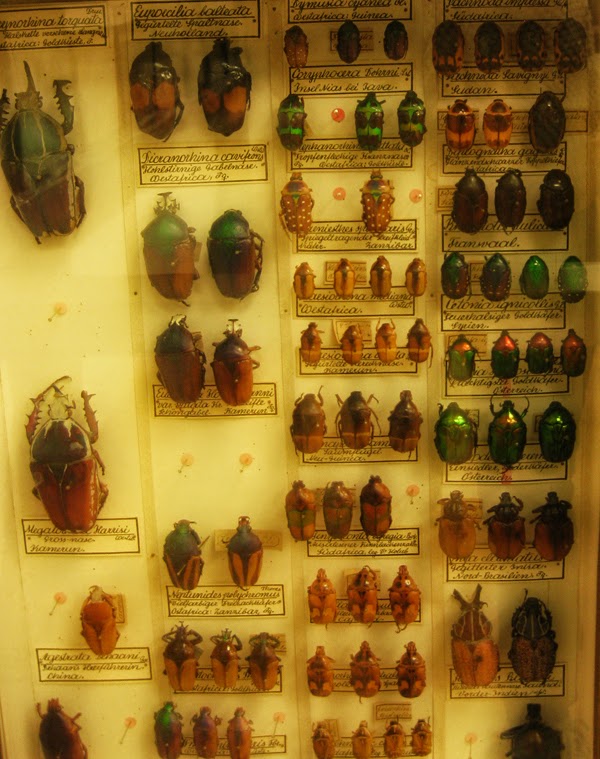 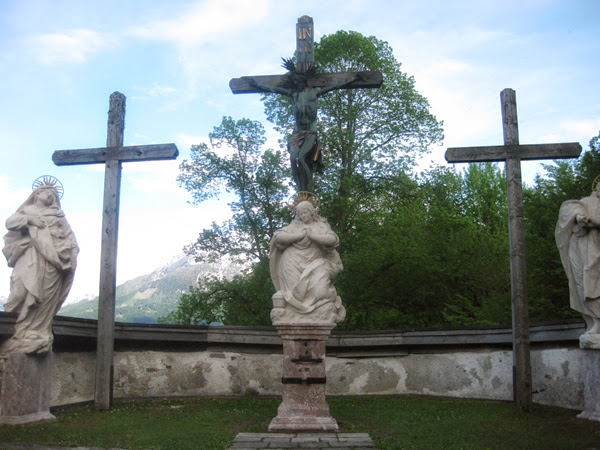 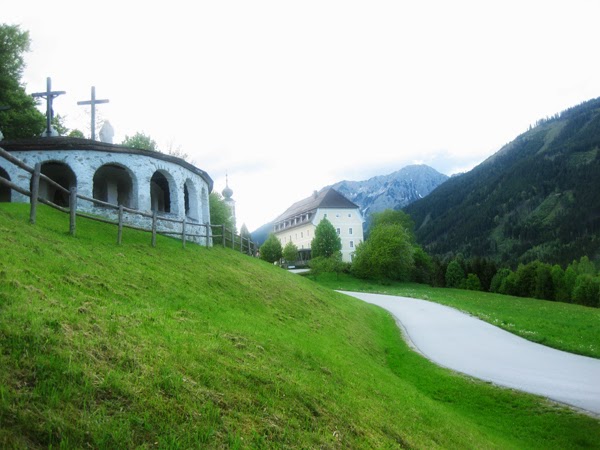 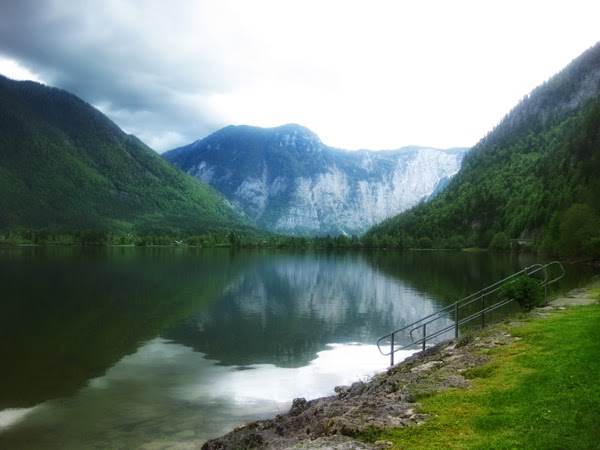 The day was still young and the weather was beautiful. Without any idea where to drive next we just left Admont and made a brief stop at the Frauenberg church which is located on a high hill and offers a spectacular panorama view over the region.

We decided to drive to Hallstatt, even when my husband was there at least three times before. First we rode along Bad Aussee and learned this place is the geographic center of Austria. We found ourselves a cute overnight stay at Obertraun, a place which is simply cheaper and more authentic than Hallstatt.

Next day we took a trip into the Dachstein mountains. These are mainly famous for the beautiful ice caves. We skipped those and went for the height and views. I will certainly visit the caves some other time. We took a cable car to the top. There was still quite a lot of snow, but the sun was very warm. I was not really warm dressed, but did not get cold either. After have walked about twenty minutes we reached a sightseeing platform in the shape of five fingers. At this location you have a great panoramic view on the surrounding mountains and the Hallstädtersee. The view was spectacular. We had such luck with the weather, the visibility was perfect. It wasn't busy at all, therefore we could quietly enjoy and take pictures.
On our way back we sunbathed a bit on the special benches and watched how paragliders jumped off the mountain. I have never seen people doing anything like this in real life It was spectacular to watch them. Totally satisfied and mesmerized we left the mountains for the way more touristic Hallstatt.

Hallstatt is probably the most visited place in this area. I've even learned the Chinese designed an exact replica in their Guandong province. How crazy is that? Maybe they are right, because this place is really astonishingly beautiful. But despite its beauty and rich history, Hallstatt lacks atmosphere. And only a few kilometers away you'll find real Austrian villages with delicious homely kitchen. Next to the picturesque houses, narrow streets, lake and mountains, Hallstatt has another famous sight. On a rocky outcrop above the village, there's a church. Just beyond is a chapel where since 1720 skulls and bones were preserved. This tradition came from a lack of space in the cemetery. After about fifteen years graves were reopened and the contents were put in that chapel. The skulls were decorated with drawings and described with information about the deceased. The latest skull was placed here in 1995. It's a very small space with the stacked bones and orderly rows of skulls above. The idea seems scary, but the entire collection looks actually quite nice. 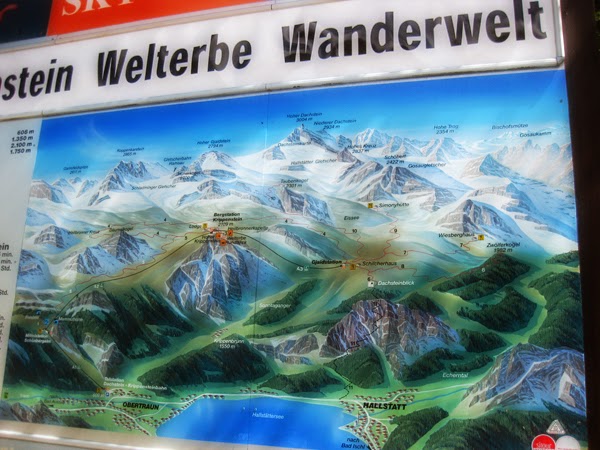 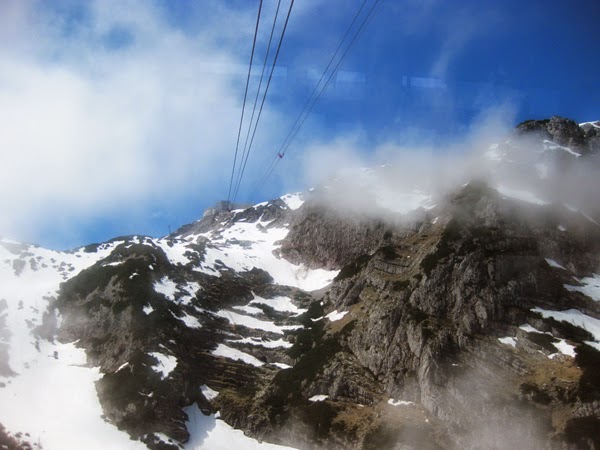 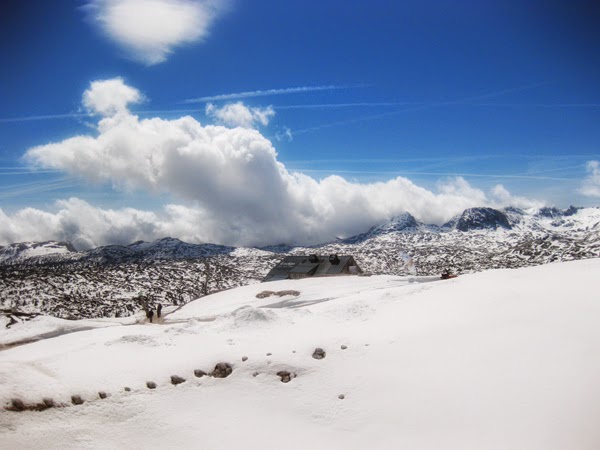 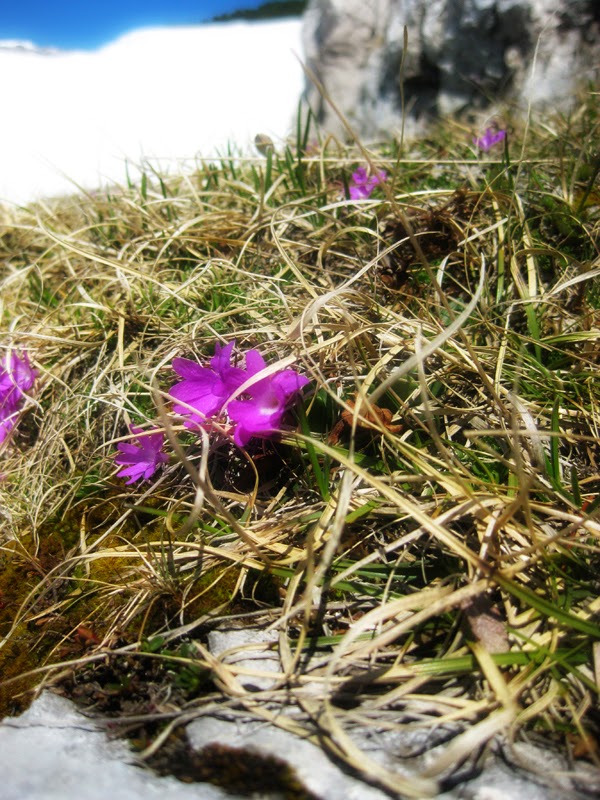 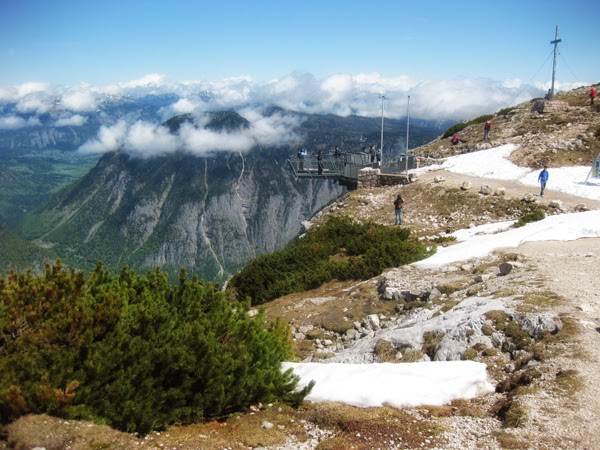 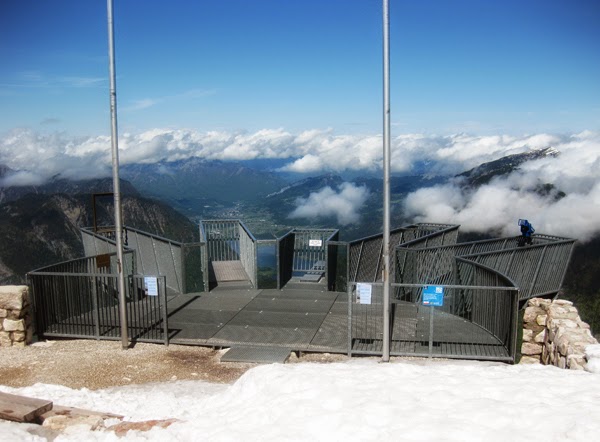 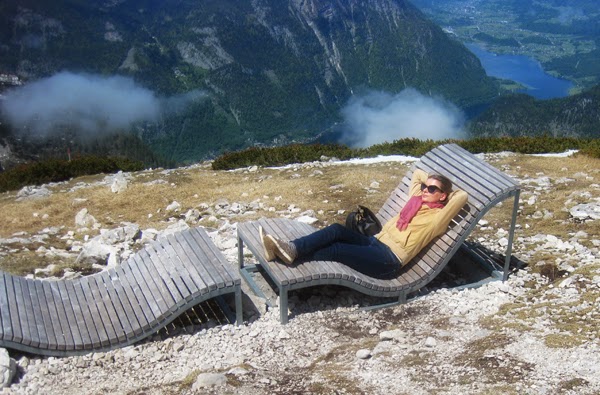 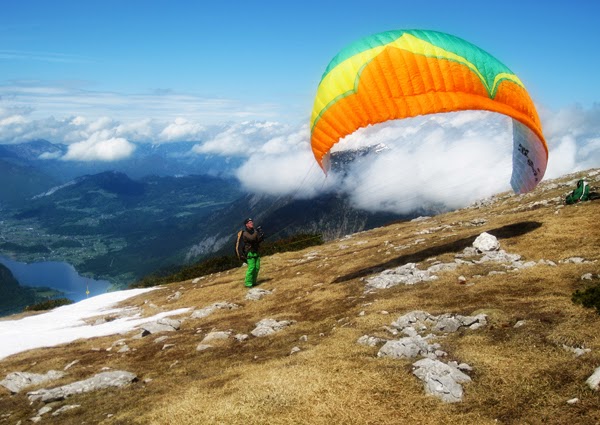 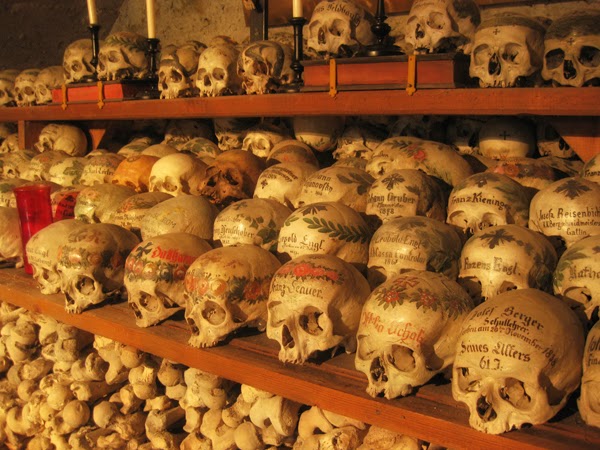 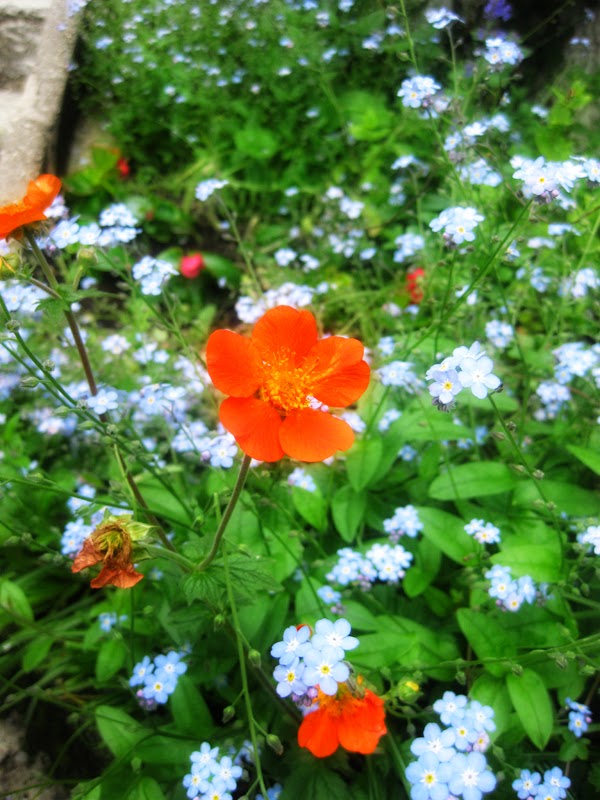 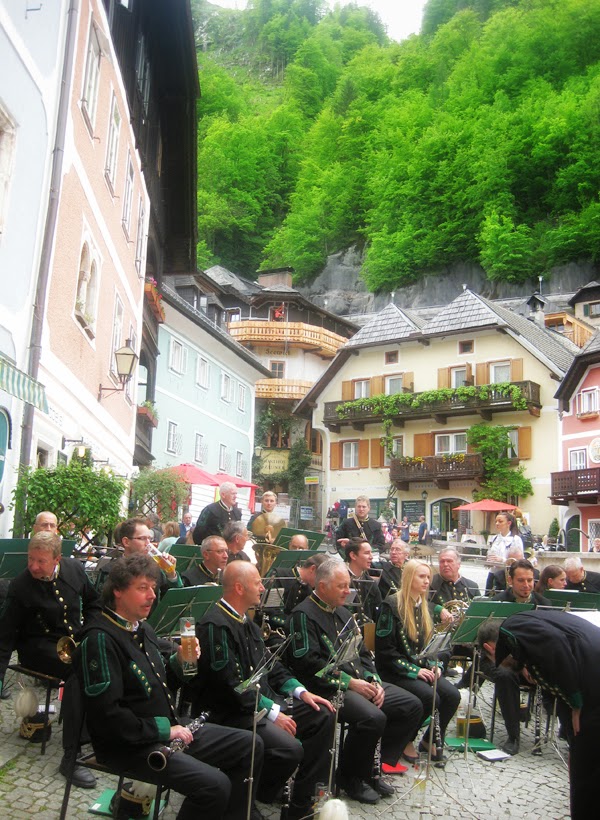 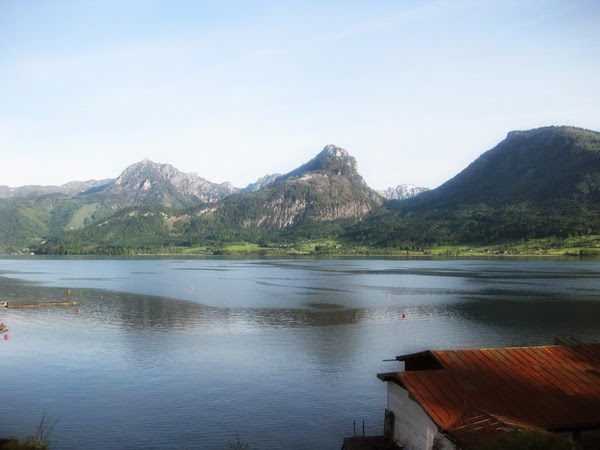 We did not stay long at Hallstatt. We drove on without any idea where to stop. First we wanted to take a look in Bad Ischl, but spontaneously we decided to go ahead and ended up in lovely St. Wolfgang. The weather was still very nice and we had a beautiful view of the lake at the hotel. We enjoyed our balcony and toast to our fourth wedding anniversary.
The continuing heavy rain on the next day ruined our stay, so we simply called it a day and returned to Vienna. It was a short but enjoyable weekend. I cannot wait to discover the rest of Austria!