Myanmar - The boat trip to Bagan The next travel day was totally arranged by the hotel staff. They booked our boat tickets and called the taxi. The only tough part was waking up before the sunrise. The ride to the river was a quick one, just about fifteen minutes. We immediately found our boat, checked in and chose a seat. For our luck the vessel wasn't fully booked, which was absolutely relaxed. Nobody had reserved seats and each person was able to walk around and look for the best spots to take pictures. Just as we started to sail, the sun rose and added a perfect lightning with pretty views. Locals on shore were doing their morning gymnastics and our travel day thought the Ayeyarwady River has just begun. The sight along the river is stunning – the golden stupas are towering all over the coast, locals are engaged in their every day routine. This country is so pure, the times stood still for an unknown period.
The entire journey took us ten hours. Enjoying the view and taking photos was fun for first two hours or so. Though it wasn't that hard to entertain ourself until we reached Bagan. We were fed twice. The food was pretty good, nothing to complain about. Toasts with jam and tea or coffee for breakfast and fried rice with veggies for lunch were both timed very well. The morning was cold, staying on the deck from the start was unbearable, unless warmly dressed, so we stayed inside. I kept myself busy with reading about History and politics of Myanmar, which was quite fascinating. The afternoon sun was much warmer and there were enough seats on the deck. There we had couple of pleasant hours of chat and drinking beer. Actually everybody on the boat was relaxing and having a good time. The boat made one brief stop near a village, where locals were selling fruits and snacks, those were very fresh and tasty. And then suddenly I fell asleep. Before I knew, we arrived in Bagan. The improvised bridges of bamboo sticks and wooden boards were settled for our hop off. The luggage was already set on the hill, no way I could hold my suitcase and walk on narrow boards over the water at the same time, but it wasn't needed anyhow. We only had to climb the slope, find our luggage and arrange the taxi. Taxis or better called horse carriages, waited together with some book sellers for the new visitors, to provide them their service. I bough myself Orwell's 'Burmese Days', as Myanmar made me very curious and I wanted to read as much as possible about the country.
Our hotel was close, but before we entered the town we had to buy the ticket for the area first. That was strange, because only forengers supposed to pay a fee, while locals we living in between the ancient sights. Obviously it's a favorable income of the government.
We stayed at the village Nyanug U, probably the most vivid place in the neighborhood because of the many restaurants and other spots to hang out in the evening. We only went out for a dinner and called it a day. 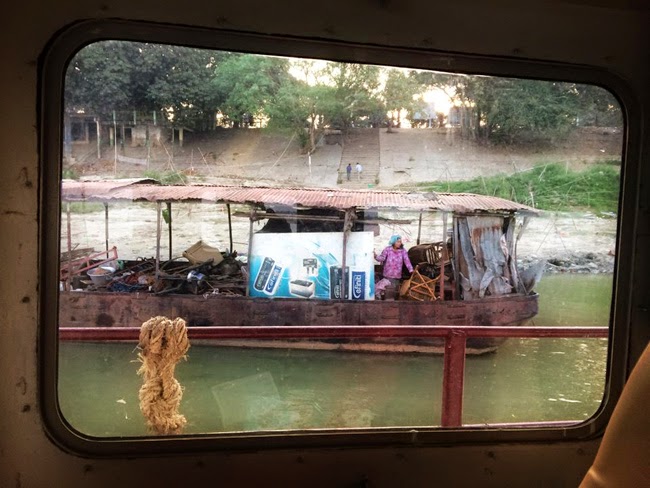 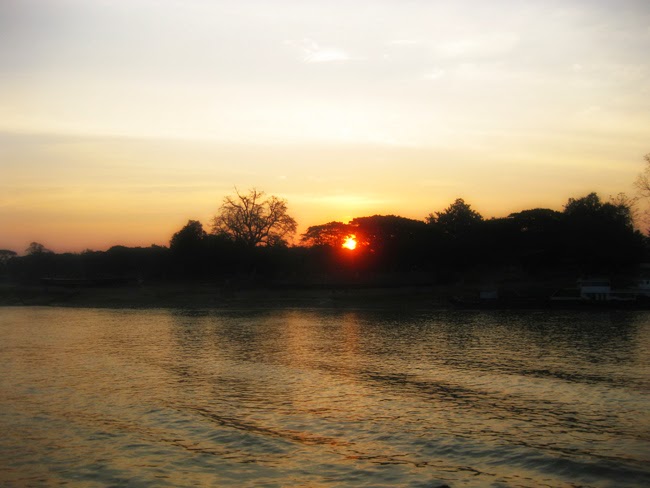 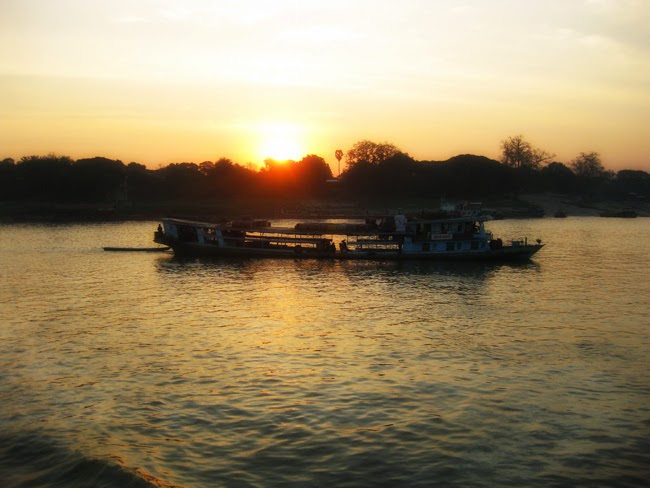 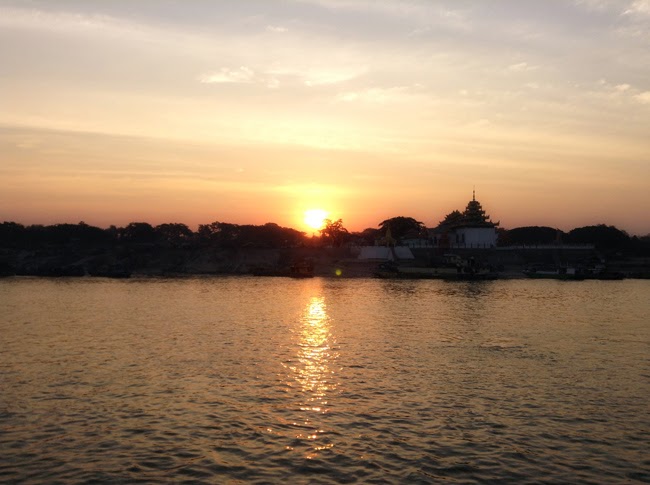 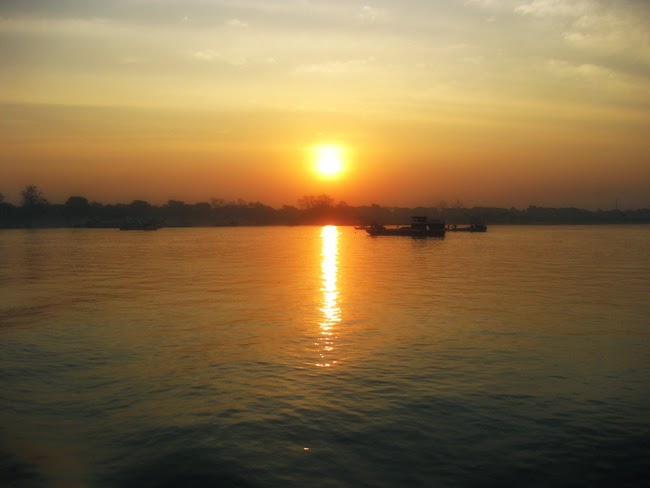 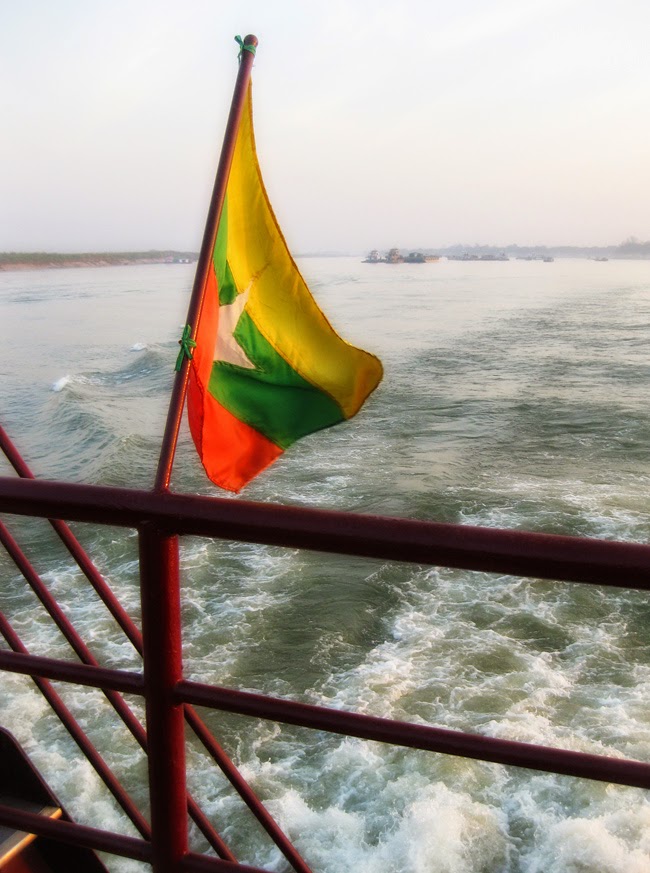 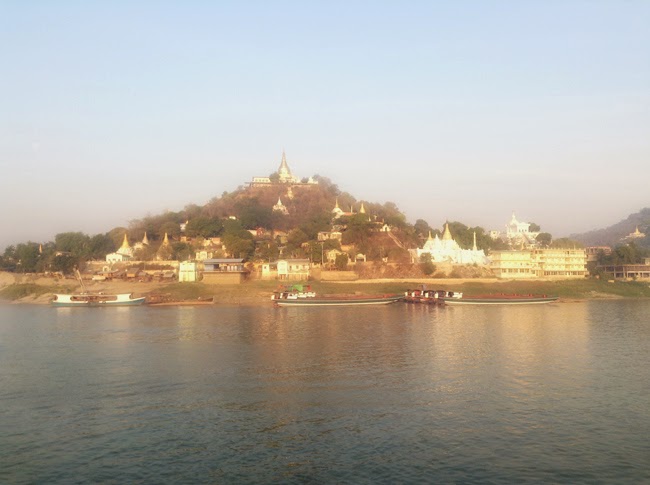 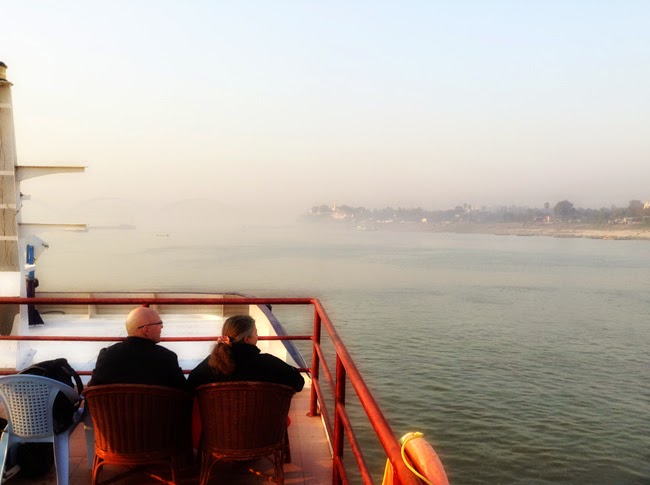 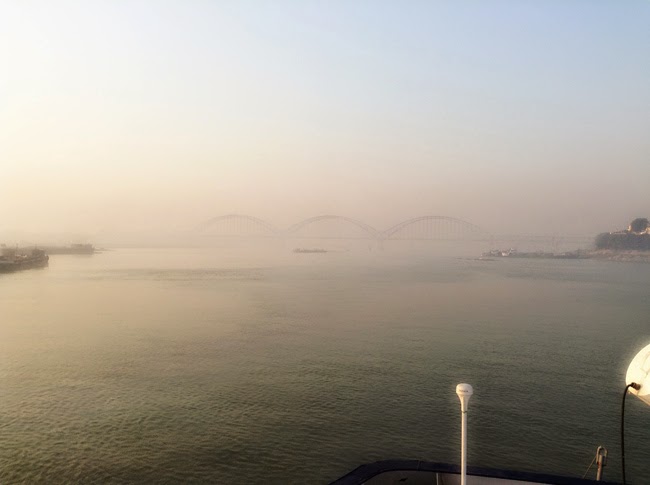 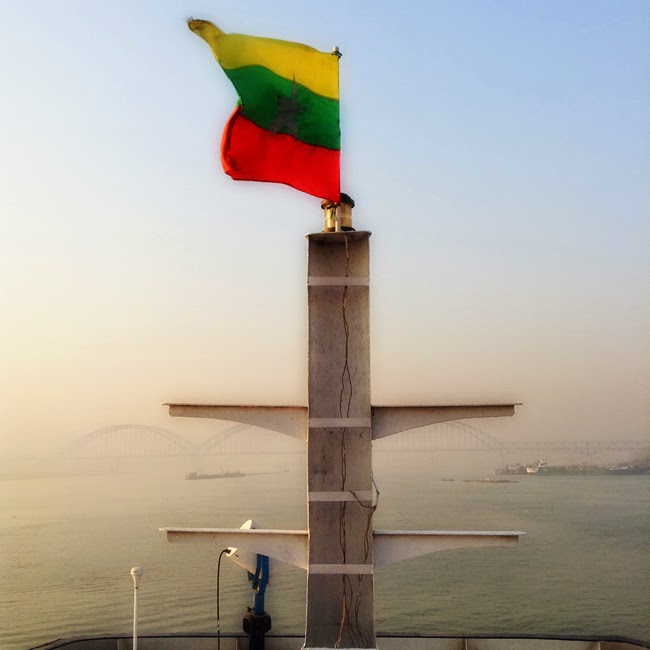 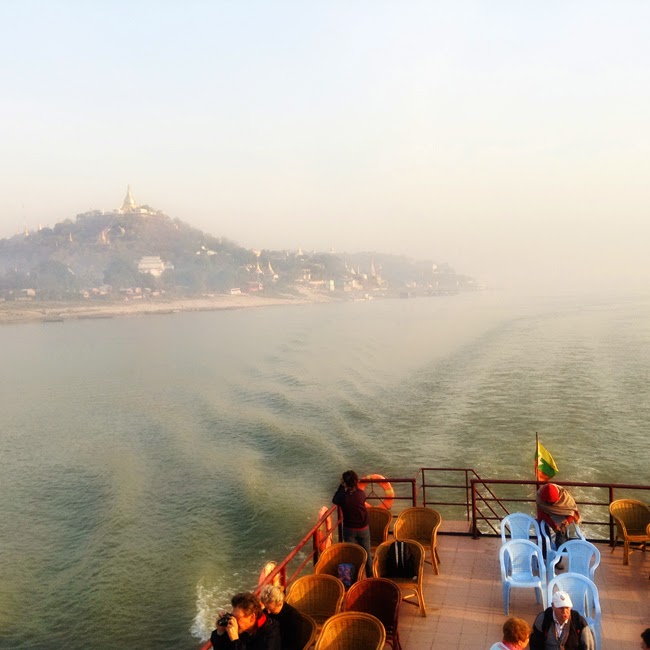 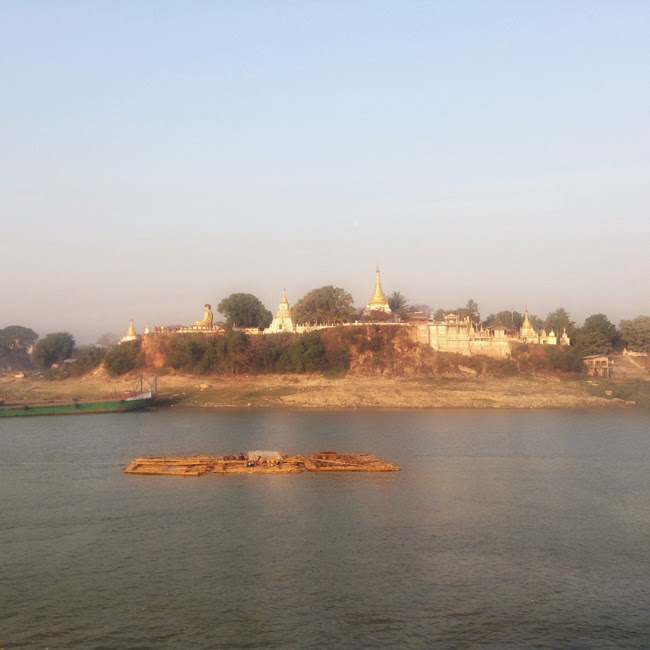 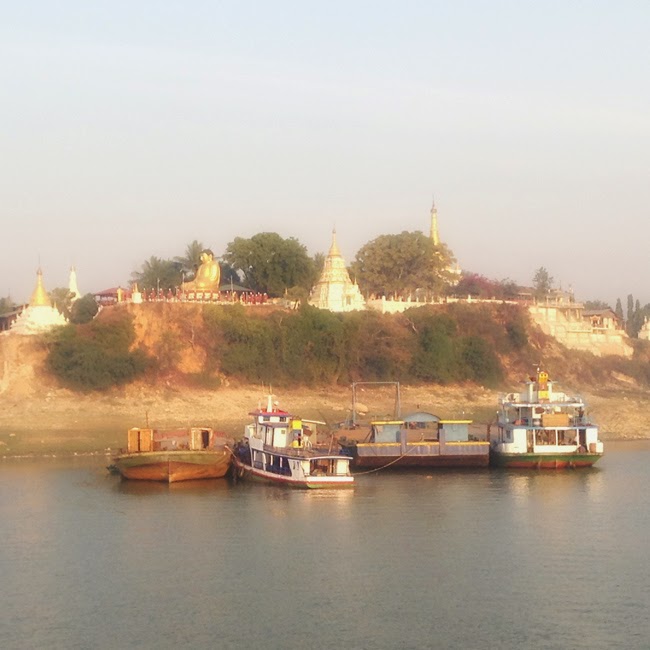 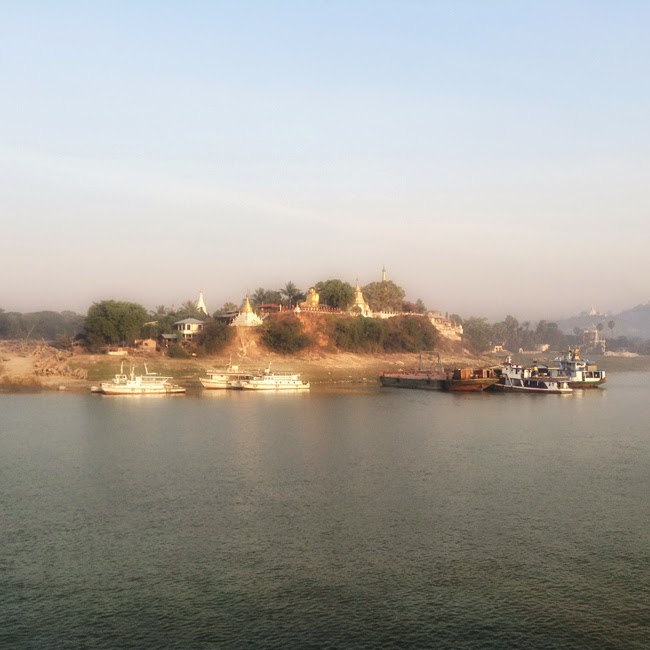 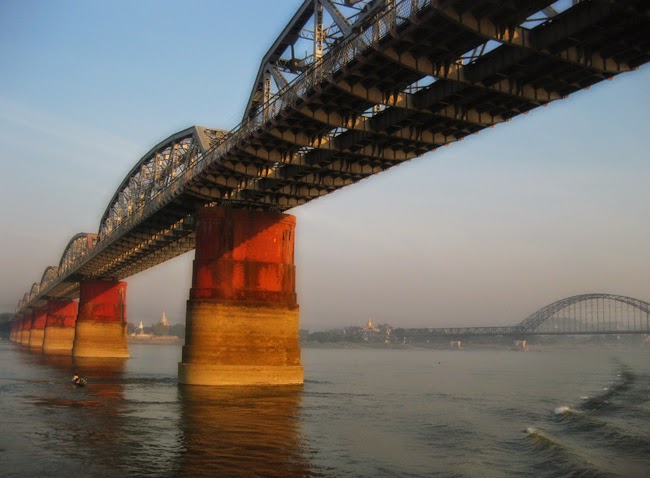 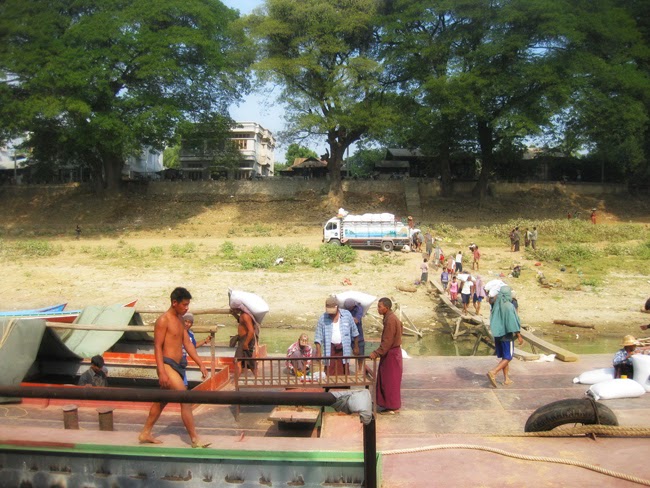 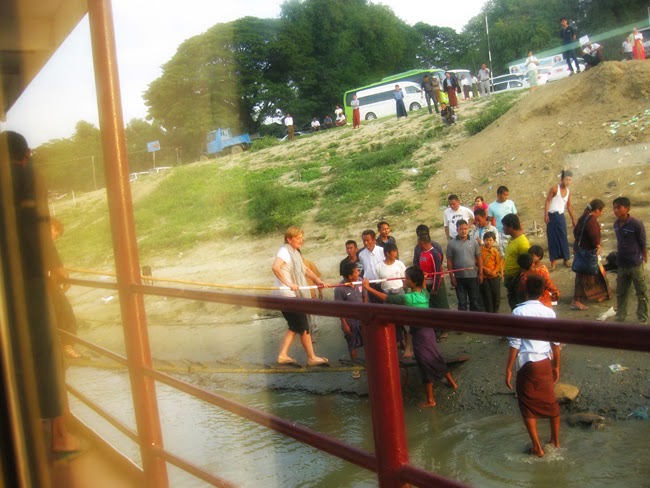 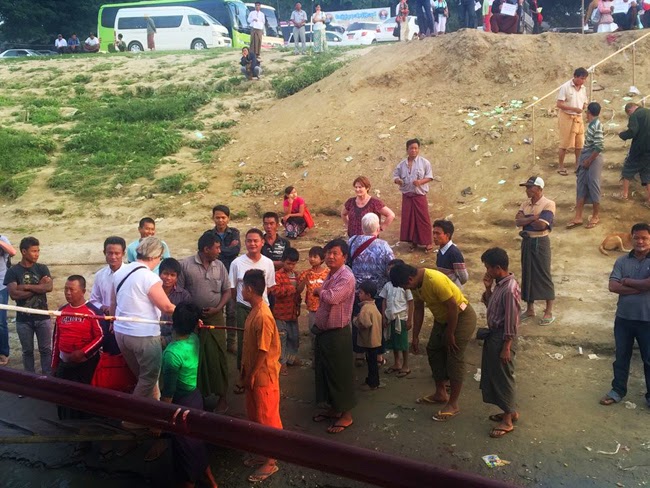 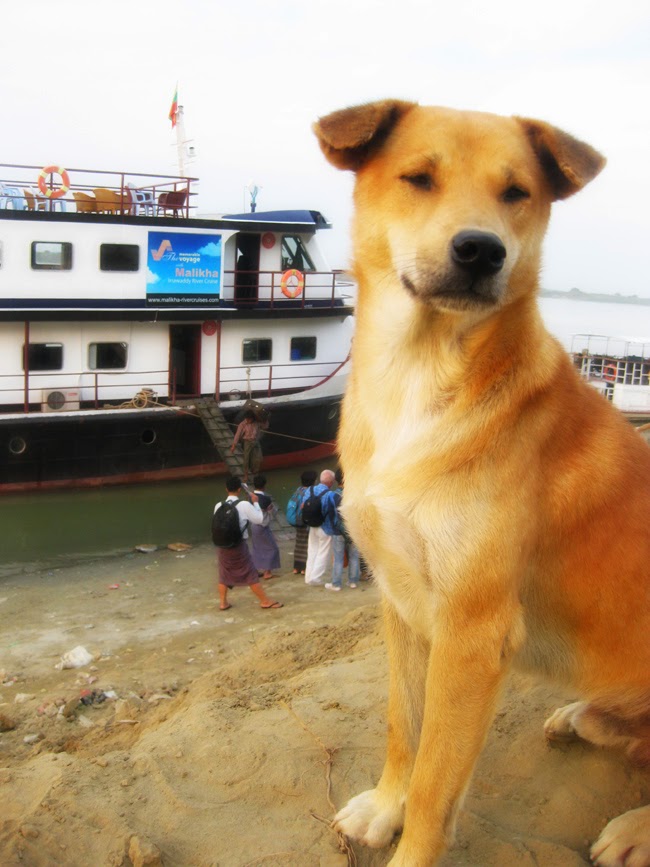