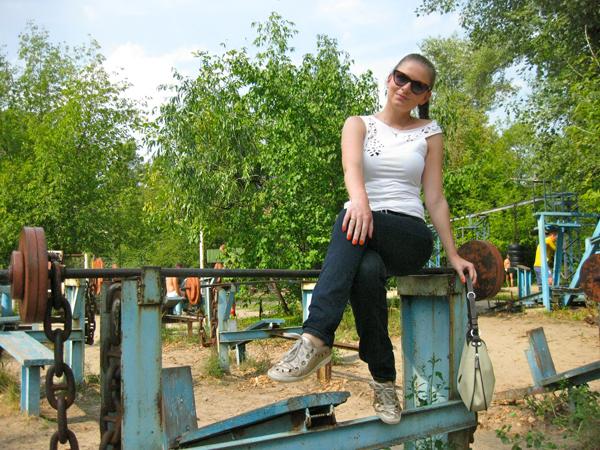 Instead of rushing to the center to the hustle and bustle of the Ukrainian party, we went first to the island of the entertainment: Hydropark. The main goal was to find the gym section which is still much in use. What you'll find here are the musclemen in Speedos pumping their iron on the rusty Soviet exercise equipment. Great place for people who are seeking for the profound glory of the Soviet past or for those who are in need of some exercise.
Hydropark is not just sporty. During the hot summer days, people can work on their tan, swim in the slightly polluted river Dnepr, eat fresh shashliki and party all night in clubs. It's a place where people get a feeling of holiday. Despite the great national party today, it was not very busy here. But as soon as we leave the island, we see a large flow of partygoers approaching the Hydropark. We left the place on time, or maybe not...
We have had an appointment with friends. They took us for a walk in the center. We met at the metro Zoloty Vorota. Just before the metro is a main entrance to the ancient city. This piece was reconstructed, because the Mongols destroyed the gate back in the 1240. We passed the beautiful Sofiyska square and entered the Andriyvsky uzviz. This whole street is filled with stalls selling antiques, nice pubs and a pleasant atmosphere. I was unfortunately too late for the house-museum of Mikhail Bulgakov, it was closed. But I did take the opportunity to pose with his statue.
We ended the walk in a nice rock pub with live music, good beer and snacks. Our company was very nice and the time passed quickly. It was not very late, but stragely enough the party in the city already last. We walked through Maidan to the next bar and it was very quiet. The bar we went to however was very busy. At the end of the day we tried to call the taxi, but it seemed that no car was available that night. After a long wait we were finally dropped off at the apartament. 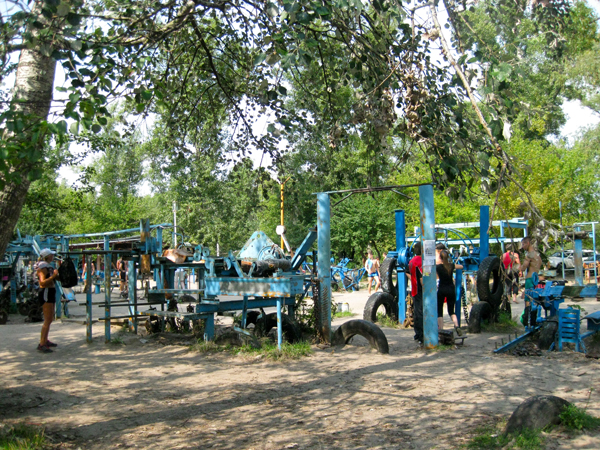 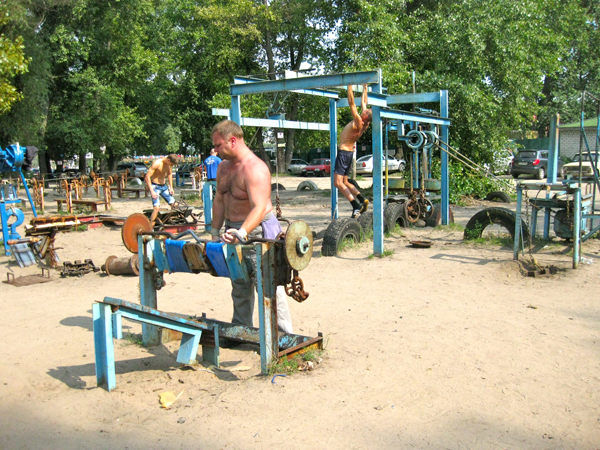 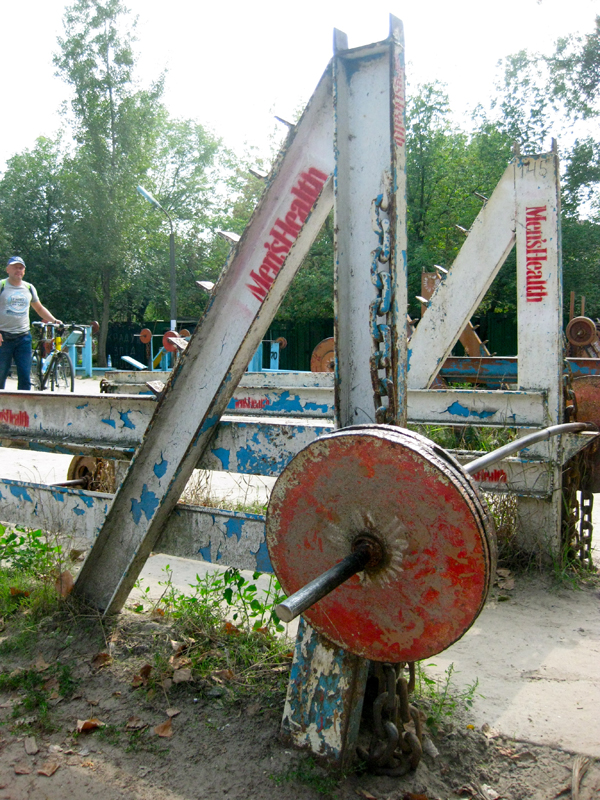 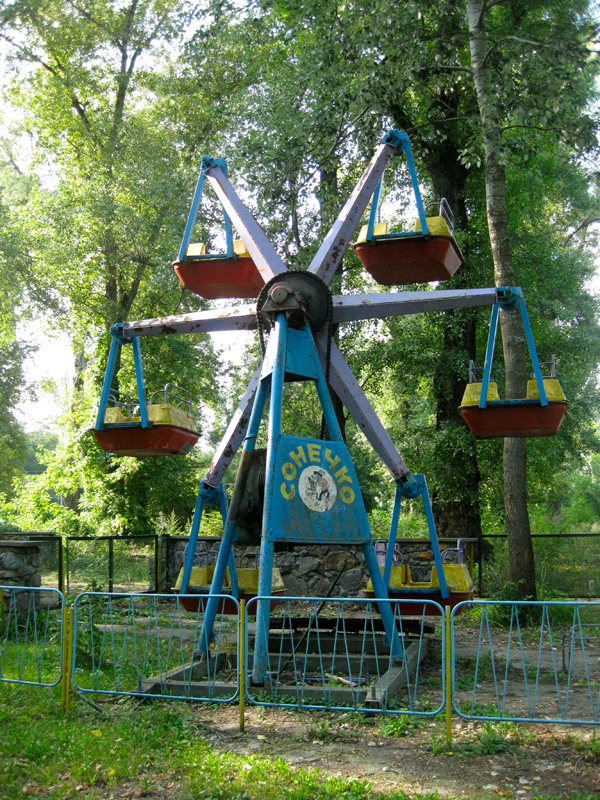 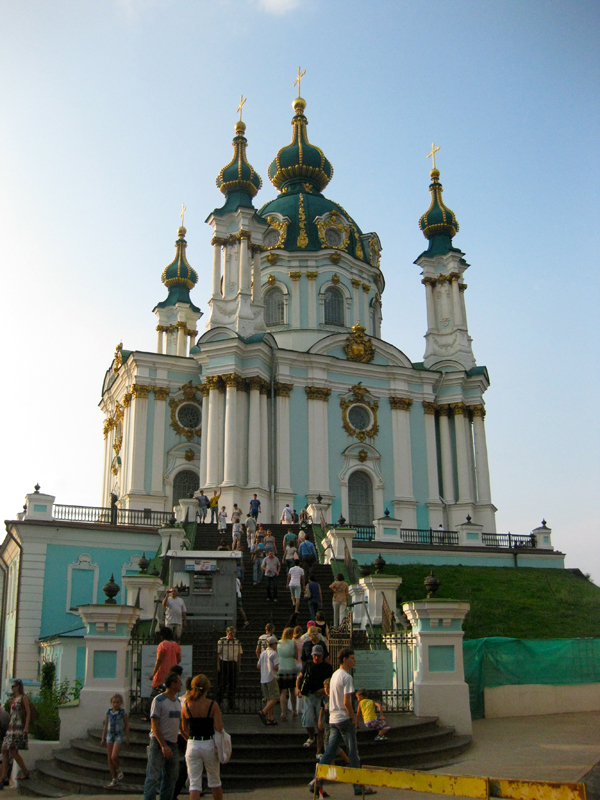 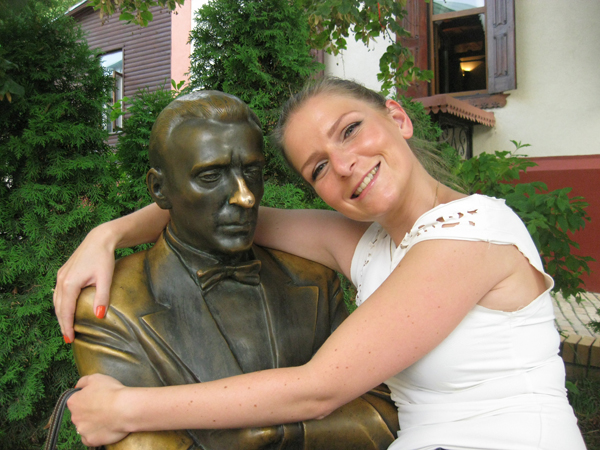