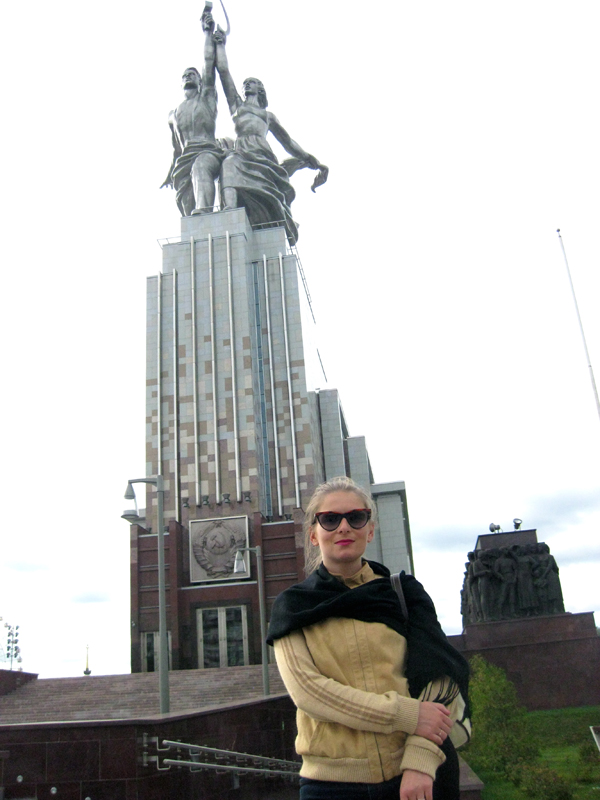 Our last hours in Moscow we decided to spend in the VVT park, the Russian Exhibition Centre. The park is famous for it's iconic monuments from the Soviet era. Grandiose Stalinist pavilions were once meant to glorify Soviet Union.
To get there is very easy. Take the yellow metro line to the north, the ВДНХ station. Once outside you'll see the first monument: Space Obelisk. It's hard to miss, because he sticks high above the metro exit. Walk in that direction and you'll see the entrance to the park. Near the obelisk is a cosmonauts museum, which seem to be worth visiting. I have only seen the outside area. When you pass the great gate of the park, you'll see al the pavilions. In the middle of the square there is a big Fountain of the Friendship of Peoples, which represents the sixteen Soviet republics:
Everything points to the former pride of the great country and its variety of nationalities. That's pretty ironic, because Muscovites are not particularly tolerant of the countries that used to be part of soviet union. Travelers who are looking to the faded grandeur of soviet union can have a good time here.

After having enough of the communist symbols we returned back in the hart of downtown where I did some shopping at GUM. And then we headed home to get ready for the train journey. 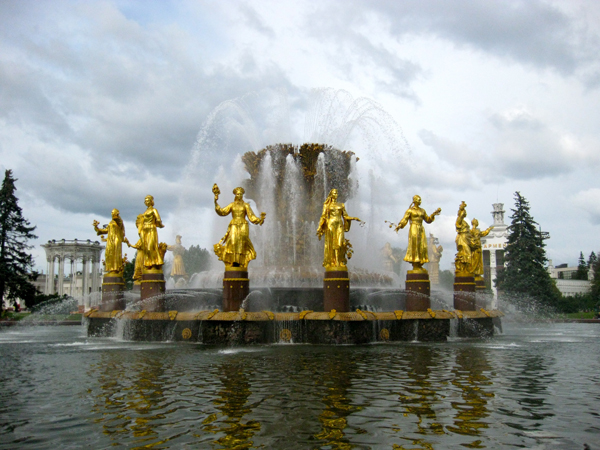 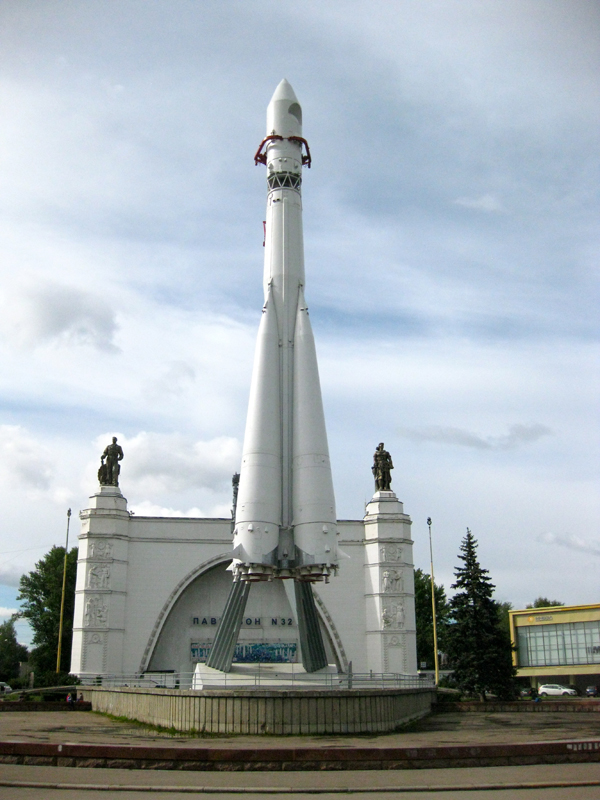 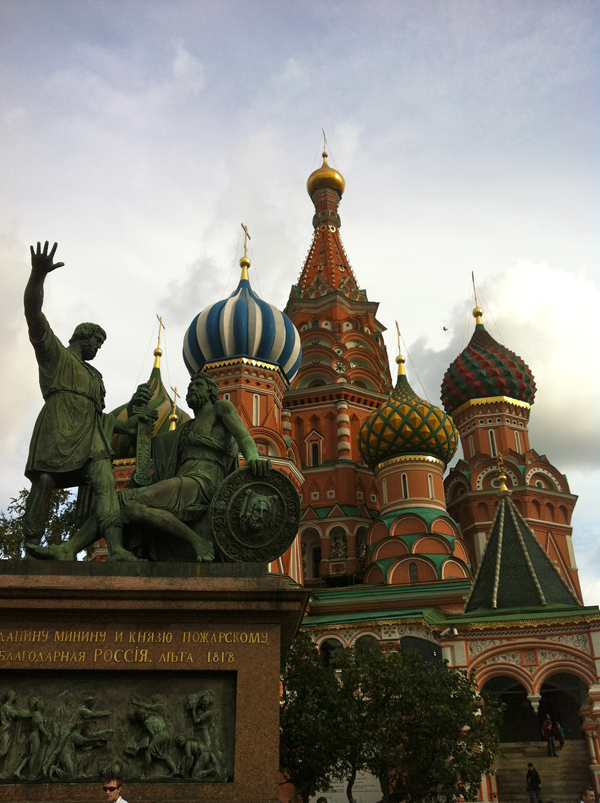